Largest ever land lottery in Whitehorse to go ahead. 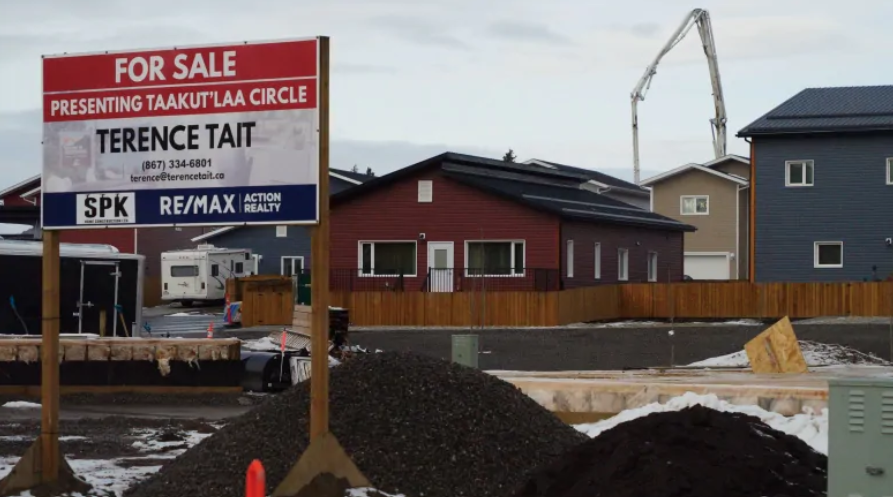 Development in Whistle Bend is moving full steam ahead as the Yukon government and City of Whitehorse are pledging the “the largest ever lottery and tender of lots in Whitehorse.”

“In the next year or so, the lots being offered in this latest lottery will bring even more families to Whistle Bend as new more homes are built,” he said. “We are well on the path of realizing the vision of Whistle Bend becoming a neighbourhood for as many as 8,000 people.”

The first phase of Whistle Bend was established in 2012.

Streicker expects this year’s lottery will mean about 600 new people will move to the neighbourhood, which already houses almost 2,000 people.

For now, the biggest municipal neighbourhood in Yukon is still Riverdale, in Whitehorse, which is home to just over 5,000 people.

Lottery has 250 lots in all

This year’s lottery and tender will include commercial lots in Whistle Bend for the first time.

Some of the lots with zoning to allow multi-family buildings exceed $1 million in cost.

There will also be five country residential lots sold in Hidden Valley.

Minister of Energy, Mines and Resources Ranj Pillai expects there will be plenty of demand from developers.

“In spite of everything that’s been going on since March with the COVID-19 pandemic, demand remains incredibly strong for housing and commercial property in Yukon. We can see that,” Pillai said.

Construction in Yukon has broken records this year, as more people move to the territory.

Pillai said it would not be a loss for the government to retain some lots after the lottery, so that some supply is available to sell “over the counter,” in the future as needed.

Commercial space a first this year for Whistle Bend

Mike Gau, director of development services at the City of Whitehorse, said the commercial lots are grouped in a hub which city planning calls a town square.

“The vision to is to have local services close to home so you can walk or bike to get a haircut, to get groceries. The majority of this neighbourhood should be able to walk there in five minutes,” he said.

Gau said commercial space has been planned from the beginning, but said the city and Yukon government waited until enough people moved into Whistle Bend before offering commercial lots, as businesses “need a client base.”

“My understanding is over a half-billion dollars has been poured into Whistle Bend to date,” he said.

Curtis said the construction boom reminds him of another historic one in Yukon.

“I feel like they’re building the Alaska highway all over again,” he said.

Lottery and sales will be online due to COVID-19 protocols

In previous years, people fished cardboard tickets out of a rotating drum for a chance to bid on a property.

Pillai said this year’s bidding process will be online.

Details on how to bid and an interactive map with prices can be found on the Yukon government’s website.