The History of St Patrick’s Day. 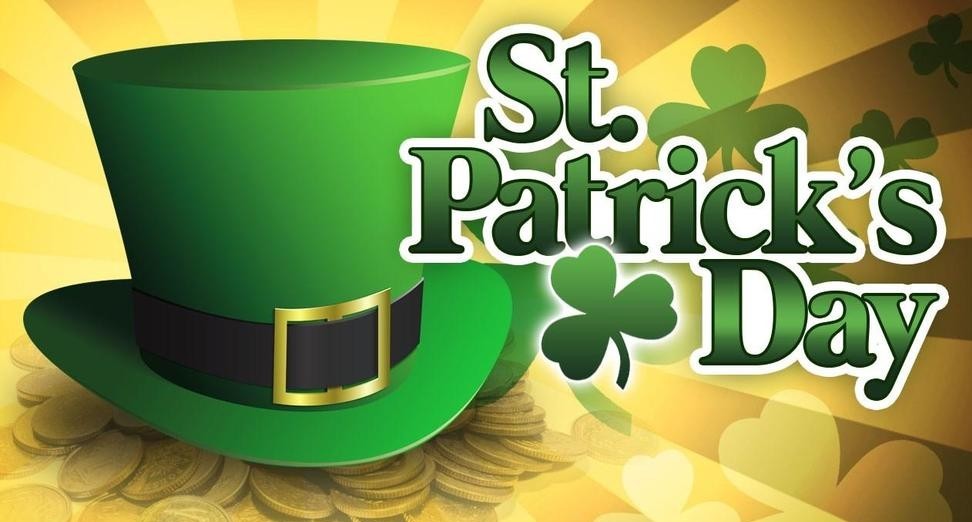 The History of St Patrick’s Day

St. Patrick’s Day is a special day for me as March 17 was my Grandfather’s birthday (Papa) who was a special person in my life coupled with the fact that I have Irish blood running through my veins. Because of this, I thought I would look at the history of this day.

St. Patrick’s Day is celebrated annually on March 17, the anniversary of his death in the fifth century. The Irish have observed this day as a religious holiday for over 1,000 years. On St. Patrick’s Day, which falls during the Christian season of Lent, Irish families would traditionally attend church in the morning and celebrate in the afternoon. Lenten prohibitions against the consumption of meat were waived and people would dance, drink and feast–on the traditional meal of Irish bacon and cabbage.

Who Was St. Patrick?
Saint Patrick, who lived during the fifth century, is the patron saint of Ireland and its national apostle. Born in Roman Britain, he was kidnapped and brought to Ireland as a slave at the age of 16. He later escaped but returned to Ireland and was credited with bringing Christianity to its people.

In the centuries following Patrick’s death (believed to have been on March 17, 461), the mythology surrounding his life became ever more ingrained in the Irish culture: Perhaps the most well-known legend of St. Patrick is that he explained the Holy Trinity (Father, Son, and Holy Spirit) using the three leaves of a native Irish clover, the shamrock.

More than a century later, homesick Irish soldiers serving in the English military marched in New York City on March 17, 1772, to honor the Irish patron saint. Enthusiasm for the St. Patrick’s Day parades in New York City, Boston, and other early American cities only grew from there.

Growth of St. Patrick’s Day Celebrations
Over the next 35 years, Irish patriotism among American immigrants flourished, prompting the rise of so-called “Irish Aid” societies like the Friendly Sons of Saint Patrick and the Hibernian Society. Each group would hold annual parades featuring bagpipes (which actually first became popular in the Scottish and British armies) and drums.

In 1848, several New York Irish Aid societies decided to unite their parades to form one official New York City St. Patrick’s Day Parade. Today, that parade is the world‘s oldest civilian parade and the largest in the United States, with over 150,000 participants. Each year, nearly 3 million people line the 1.5-mile parade route to watch the procession, which takes more than five hours. Boston, Chicago, Philadelphia, and Savannah also celebrate the day with parades involving between 10,000 and 20,000 participants each. In 2020, the New York City parade was one of the first major city events to be canceled as a result of the COVID-19 pandemic and I would think that will be the case again this year.

The Irish in America
Up until the mid-19th century, most Irish immigrants in America were members of the Protestant middle class. When the Great Potato Famine hit Ireland in 1845, close to 1 million poor and uneducated Irish Catholics began pouring into America to escape starvation.
Despised for their alien religious beliefs and unfamiliar accents by the American Protestant majority, the immigrants had trouble finding even menial jobs. When Irish Americans in the country’s cities took to the streets on St. Patrick’s Day to celebrate their heritage, newspapers portrayed them in cartoons as drunk, violent monkeys (and we all know only too well that you can’t refer to anyone like this today as it is so politically incorrect (☹).

One of the most spectacular displays was when The Chicago River was Dyed Green. As Irish immigrants spread out over the United States, other cities developed their own traditions. One of these is Chicago’s annual dyeing of the Chicago River green. The practice started in 1962 when city pollution-control workers used dyes to trace illegal sewage discharges and realized that the green dye might provide a unique way to celebrate the holiday. That year, they released 100 pounds of green vegetable dye into the river–enough to keep it green for a week. Today, in order to minimize environmental damage, only 40 pounds of dye are used, and the river turns green for only several hours.

I remember years ago when I lived in Thunder Bay when the bars would dye the draft beer green as a tip of the hat to St Paddy. So, on this day, wear something green or maybe a spot of dye in that beer.