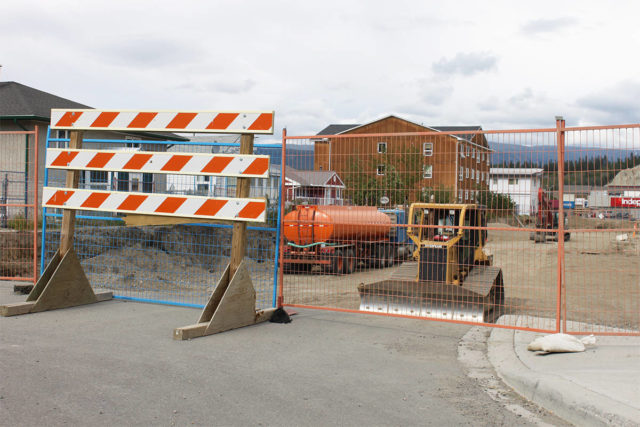 Property owners will no longer be charged for infrastructure and road improvements under a new City of Whitehorse policy.

City council voted to adopt the updated policy at its July 12 meeting.

The policy deals with how the city goes about upgrading infrastructure and roads. Under the previous policy, the city charged property owners on neighbourhood streets a portion of the costs of the roadwork. The local improvement charge (LIC) cost was added to property taxes and spread out over a number of years. The amount charged to property owners has been based on the frontage, zoning and other factors.

Before an LIC could be charged though, a vote is taken of benefiting property owners. If the majority voted against it, the LIC did not proceed, and it was up to the city to choose if it would go ahead with the project without an LIC. In some cases, planned work did not move forward due to a vote against the proposed LIC.

Under the new policy, property owners will no longer be charged for the work on the road with the city set to pay full costs for the improvements.

There is a clause that will allow property owners on the street to have upgrades to infrastructure on their own property at the same time the city is working on the street.

“The policy also provides for an infrastructure loan to property owners who opt-in,” it was noted in an administrative summary that came forward ahead of council’s vote. “This loan would be paid back in a manner similar to how current local improvement charges are applied to taxes over a period of time.”

Under the previous policy, residents did not pay for work done to their property as part of the local improvements, but were charged for a portion of the work on the street.

Before raising their hands to vote in favour of the updated policy, three councilors voiced their support for the changes.

Coun. Samson Hartland was the first to speak, pointing out the city has spent a lot of time working towards a new policy that is needed.

“The current model is not working,” he said, adding some projects have not gone ahead because the LIC has been voted down.

While this will be a significant change, Hartland said, the city needs to do something.

Coun. Laura Cabott said the policy provides more clarity and will continue to give residents an opportunity for input on the design when work is done to their road.

She also spoke in favour of the option for residents to get infrastructure work done on their property while work is already underway on the road.

“It gives people a choice,” she said.

As Coun. Steve Roddick put it, it will give owners more control over what they do with their properties.

“I think this is the time to change it,” he said of the policy.

Council was unanimous in its vote to adopt the updated policy.