Whitehorse property owners off the hook for roadwork fees under new policy. 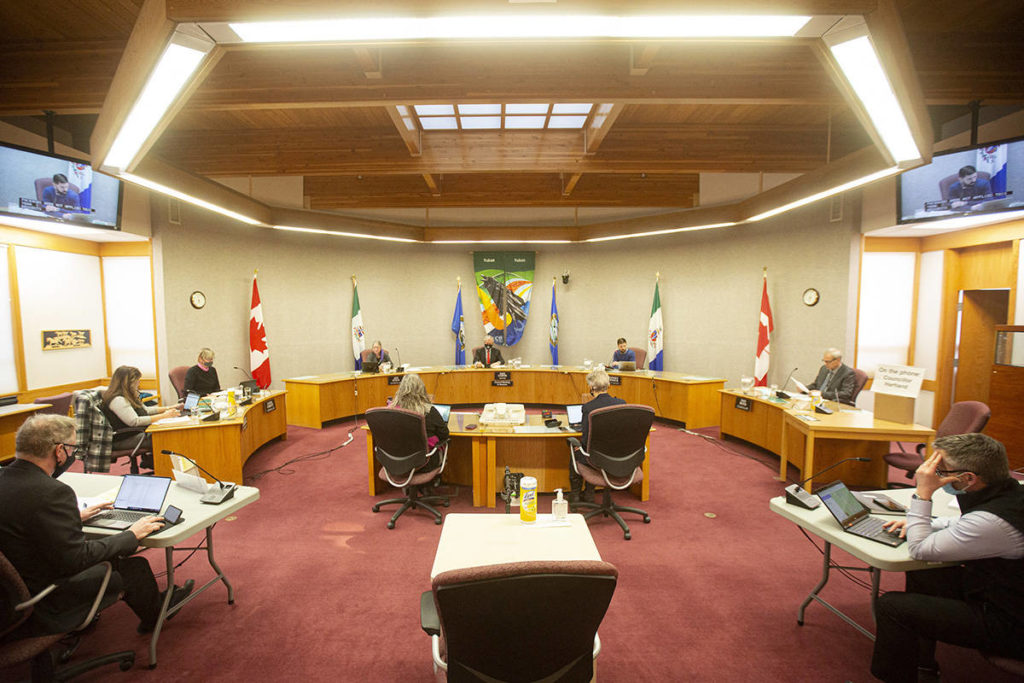 Property owners in Whitehorse may no longer find themselves paying local improvement charges (LIC) on work done to their street.

At Whitehorse city council’s May 17 meeting, Mike Gau, the city’s director of development services, brought forward a proposed new Infrastructure and Local Improvement Policy, recommending council move ahead with public consultation on it before voting on whether to go ahead with the policy on July 12.

The basics of LICs

Local improvement charges are costs passed on to benefitting property owners for work such as road improvements, or through the city’s urban electrification program which pays for the work to tie a property into the grid.

In the case of road improvements, benefitting property owners would be charged for a portion of the road work (based on the zone, estimated cost and frontage space). The charges are spread over a number of years and with annual amounts added to property tax bills.

Under the city’s current local improvement policy when road surface work is planned in a neighbourhood, a vote on a potential LIC is held and if a majority of affected property owners object to the charge, it is defeated. The city may then choose to move ahead with the project without the charge or opt not to do the work.

In a number cases, projects have not moved forward after a majority of property owners vote against the LIC.

Under the proposed policy, benefitting property owners would no longer be charged for part of the roadwork, though they could choose to upgrade services on their own property, funded through a LIC.

“The proposed new policy is based on the governance and fiscal management principle that public funds will be used for public improvement projects and private property owners are responsible for improvements and upgrades for the benefit of their own property.

“Further, in the interest of fairness and affordability, the new policy recognizes that requiring property owners to pay both a LIC for improvements on public property and 100 per cent of the cost on their private property may be onerous.”

The policy would set out that property owners are only responsible for infrastructure work on their own lot and not for essential work on public land.

For work done to infrastructure on their own land, the city would still have a LIC option available where the work could be done in coordination with the city’s roadwork.

When questioned by Coun. Dan Boyd, Gau stressed that property owners would not be required to opt in to have that work done and their older services could be tied in to the new city infrastructure.

He also noted that there would be benefits to opting in to have private property work done at the same time that the city is doing work.

“If property owners opt-in to doing their upgrades at the same time the city is doing the work on public land, the city would add this work to its project,” Gau said. “It is anticipated that this will have a number of benefits for property owners, including saving costs and having to acquire their own contractors.”

Disruptions would also be limited, as contractors would do the work at once.

“The proposed policy retains the property owner’s ability to choose to upgrade their private infrastructure during the city project or not,” he said. “Owners can opt-out from work on their property and choose to do the work later or leave it for future property owners.”

A LIC — totaling $632,409 — has already been approved for work underway on Cook Street. That LIC would remain in place; however, future projects that had been anticipated to see funding through a LIC under the current policy would require budget changes if the new policy goes ahead.

Among those projects over the next four years are work to Galena Road, Jarvis Street, Alexander Street, MacDonald Road, Dogwood Street and the Hillcrest neighbourhood.

If council votes to move forward with public consultation, city staff would host an online forum about the changes on June 1 with residents having a deadline of June 14 to provide input.

A report on the input received would then come forward on July 5 ahead of council’s July 12 vote on the proposed policy.

Council will vote May 25 on whether to move forward with the public consultation.